Minister for Water Resources Faisal Vawda resigned from his National Assembly seat and submitted the same to the Islamabad High Court (IHC) on Wednesday, with his lawyer contending that a dual nationality case against the lawmaker was “not valid now”.

Vawda cast his vote in the Senate elections ahead of his lawyer submitting the resignation in the court during the hearing of a petition seeking the minister’s disqualification from the National Assembly since he was a dual nationality holder at the time of filing his nomination papers for the 2018 general elections. Justice Amir Farooq heard the case.

“Faisal Vawda has resigned from the National Assembly which is why this petition has become invalid,” the lawyer said.

Barrister Jahangir Khan Jadoon, the counsel for the petitioner, asked whether Vawda had resigned before or after he cast his vote in the Senate elections that are taking place today.

“Alot of parliamentarians have previously resigned and then come back to the parliament. Until the [NA] speaker accepts the resignation, the person concerned is [still] a member of parliament,” he contended.

He argued that Vawda had submitted a “false statement” saying he did not have dual nationality, as a result of which he was no longer sadiq and ameen (honest and righteous). The Supreme Court has ruled that such people cannot be members of parliament, he added.

“The question is not whether he is a member of parliament […] these are consequences of submitting a false statement,” he said, apparently referring to the minister’s resignation.

“It is clear in the Election Commission [of Pakistan’s] record that Faisal Vawda was an American citizen until the acceptance of his nomination papers. The scrutiny was completed on June 18, he gave up his citizenship on June 25,” Jadoon informed the court.

The petitioner, Mian Faisal, argued that Vawda had resigned from the National Assembly to “save [himself] from disqualification”, adding that media was broadcasting statements of different politicians who were saying the same.

A representative of the Election Commission of Pakistan informed the court that the matter of disqualifying Vawda for making false statements was also under consideration by the ECP.

However, Vawda’s lawyer argued that the petition against the minister should be dismissed on the basis of it no longer being valid.

Justice Farooq observed that the Supreme Court had ruled in 2018 that there would be “consequences for submitting false statements”.

The court then directed the ECP to submit the election schedule of the 2018 general elections.

“Submit the election schedule so that [it can be found out] what the dates for filing the nomination papers, their scrutiny, and the election were,” Justice Farooq said.

The court subsequently reserved its verdict.

According to the petition, Vawda concealed his dual nationality at the time of filing his nomination papers and falsely declared on oath before the ECP that “he didn’t have any foreign nationality”.

It said that the PTI minister had submitted his nomination papers on the last date, which were cleared on June 18, adding that Vawda applied for renunciation of his US nationality in the US Consulate, Karachi, on June 22 and the latter issued him the certificate on June 25.

Citing relevant judgements of the superior courts, the petition said that since Vawda was a dual national at the time of filing of his nomination papers, he concealed his US nationality and submitted a false affidavit regarding his citizenship and, therefore, he might be disqualified to hold the National Assembly’s seat and the office of the federal minister. 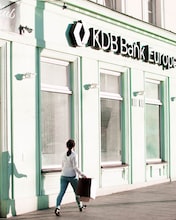 How an ex-U.S. attorney for Utah’s push for Trump pardons suits his about-face on legal justice