The oddly-rationalized lawsuit claims that absentee voting in Wisconsin was done in violation of state law.

The Trump campaign is preparing to file yet another elections lawsuit in Wisconsin, claiming that absentee voting “abuse” should invalidate hundreds of thousands of legally cast ballots.

The lawsuit is expected to be filed some time early on Tuesday, immediately after Wisconsin announced that it had completed its partial recount. That recount, says FOX News, reaffirmed President-Elect Joe Biden’s victory in the state.

“Today, I carried out my duty to certify the November 3rd election,” Evers said in a Monday statement. “I want to thank our clerks, election administrators, and poll workers across our state for working tirelessly to ensure we had a safe, fair, and efficient election. Thank you for all your good work.”

Interestingly, FOX News notes that the Trump campaign is not—as it has done before—claiming that the commander-in-chief is being shorted by dishonest ballot-counters or Democratic officials. In fact, the campaign’s legal team told FOX that Wisconsin’s partial recount gave Trump supporters the opportunity to spot voting irregularities up close.

“Exposing exactly how the election processes were abused in Wisconsin holds enormous value for this election beyond a victory for President Trump,” Trump attorney Jim Troupis told FOX. “The fact is, our state’s electoral votes likely won’t change the overall outcome.

“Regardless,” Troupis said, “we’re demonstrating that the results of this election unequivocally ought to be questioned.”

A 2016 image of a ballot drop box in Boulder County, Colorado. Image via Wikimedia Commons via Flickr/user:pasa47 . (CCA-BY-2.0).

The campaign also claimed that Wisconsin county clerks were “illegally” correcting ballots which contained technically incorrect information, or had been improperly filled out. Under extant state law, such ballots should be discarded or returned to their respective senders.

However, critics of the Trump campaign—which has filed dozens of suits in battleground states—say the president’s allies are attempting to disenfranchise voters for the president’s benefit.

Most of the Trump campaign’s lawsuits to date have failed, largely because campaign officials have been able to cite any actual evidence of wrongdoing or fraud. Wisconsin Attorney General Josh Kaul said the campaign’s latest complaints are akin to Jim Crow-style voter suppression.

“There’s no basis at all for any assertion that there was widespread voter fraud that would have affected the results,” Kaul said.

“I have every confidence that this disgraceful Jim Crow strategy for mass disenfranchisement will fail,” he added. “An election isn’t a game of gotcha.” 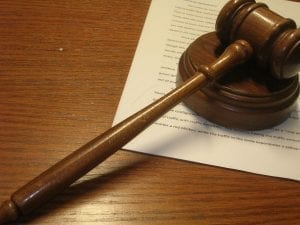