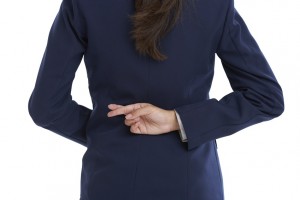 On January 28, 2017, eight days into his term, President Trump signed Executive Order 13770 governing Ethics Commitments by Executive Branch Employees. In fulfillment of Trump’s campaign promise to “drain the swamp,” employees would sign a pledge not to lobby their agencies for five years after leaving government service. They’d permanently give up their right to lobby for any foreign government. And they’d pinky swear to refrain from dealing with old clients, with former lobbyists vowing “I will not for a period of 2 years after the date of my appointment participate in any particular matter on which I lobbied within the 2 years before the date of my appointment or participate in the specific issue area in which that particular matter falls.”

In practice, the order was honored more in the breach than in the observance. Less than a year after resigning as the top lobbyist for coal company Murray Energy, Andrew Wheeler was head of the Environmental Protection Agency. He succeeded ethics fireball Scott Pruitt, who left government service to go work for coal baron Joseph Craft III, Republican megadonor and husband of U.N. Ambassador Kelly Craft.

Pruitt’s attorney (yes that) Cleta Mitchell complained to the Washington Post, that ethics rules had been unfairly “weaponized in order to destroy political opponents.” It’s just a shame when a dedicated public servant who lives in a lobbyist’s house for nominal rent, uses government employees to source hotel hand lotion and used Trump hotel mattresses, and leans on the CEO of Chik-Fil-A to get his wife a franchise is driven from office by rank partisanship!

Mark Esper, was named a top corporate lobbyist in 2016 by The Hill as he toiled away for Raytheon. In June of 2017, he became Secretary of the Army, and was eventually named Secretary of Defense in 2019. Interior Secretary David Bernhardt was a former oil and mining lobbyist whose former clients had business before his department.

Not to mention the hundreds of lower level officials who received ethics waivers to deal with former clients. In 2019, ProPublica wrote:

The number of lobbyists who have served in government jobs is four times more than the Obama administration had six years into office. And former lobbyists serving Trump are often involved in regulating the industries they worked for.

Even government watchdogs who’ve long monitored the revolving door say that its current scale is a major shift from previous administrations. It’s a “staggering figure,” according to Virginia Canter, ethics chief counsel for the D.C.-based legal nonprofit Citizens for Responsibility and Ethics in Washington. “It suggests that lobbyists see themselves as more effective in furthering their clients’ special interests from inside the government rather than from outside.”

All while the Trump administration pretended that Hunter Biden’s bog standard DC grift was the crime of the century.

Naturally the former president wanted to free his staffers from these onerous restrictions as a parting gift. So this morning he revoked the order in its entirety, freeing his former staffers from the pledge not to lobby the executive branch or on behalf of foreign governments. K Street, start your engines.

The Washington Post reports that President Biden has pledged even stricter ethics standards for his administration, including a ban on incoming staffers taking a big parting bonus from their former employers as an incentive to go work for the government. And it’s a safe bet Biden’s not going to have his family members running foreign policy, pandemic relief, and national drug policy, either.

Update: We Found a “Staggering” 281 Lobbyists Who’ve Worked in the Trump Administration [ProPublica] 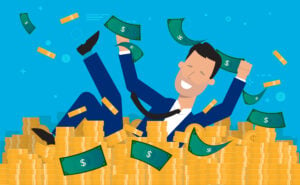