I too read the article about whether voters in Pinellas and Pasco counties will have a choice for prosecutor in 2022. Early in my legal career, I served in the state attorney’s office with Bruce Bartlett, who was appointed to the job after the death of Bernie McCabe, and with Fred Zinober, who wrote fervently in a letter to the editor on Mr. Bartlett’s behalf after the story was published.

Indeed, Mr. Bartlett has proven himself over a long career in the office. I further agree he has the compassion desirable in a seasoned prosecutor.

But we live a vastly different age and time than when we old guard formulated our prosecutorial mindset and orientation. When I left that office 35 years ago it was hard to fathom that an innocent person might be convicted of a crime, given all the constitutional protections afforded an accused. I am flummoxed by Mr. Bartlett’s label of progressive thinkers as “George Soros types.” Forty-five years is a long time in a profession, and if Mr. Bartlett has been paying even modest attention to mainstream news, he would know the dark coded meaning behind a “George Soros type” were he to face such an opponent with that background and perspective.

George Floyd was a repeat offender, passing counterfeit money and had drugs in his system as police tried to arrest him and take him to jail. But George Floyd was also a citizen and a human being. As a nation, we find ourselves searching deeply our collective soul when it comes to law enforcement and our racial makeup. A jury of our peers found no reasonable doubt Floyd was killed by a cop. But without nine minutes of bystander up-close video, what would have been the level of doubt? How many in law enforcement positions know secretly of “Derek Chauvin types.”

Bruce Bartlett, man of high integrity and unparalleled experience, may be able to usher in change and adapt our prosecutor’s office to the needs of an evolving, growing and soul-searching society. A healthy, robust debate among him and other qualified candidates would help us know for sure.

What’s all the fuss about limiting donations to drives seeking to put constitutional amendments on the ballot? The Legislature has already made clear, in case after case, that they have no intention of implementing amendments, anyway. Medical marijuana, class-size cap; ex-felons’ voting rights, anti-gerrymandering, Florida Forever — they are but a few recent amendments which have been subverted, ignored or rendered useless by the Legislature. Until we oust the current legislators and replace them with individuals more responsive to citizens and less concerned with keeping their jobs, let’s not fool ourselves: Voter-approved amendments are the graveyard of good ideas.

First of all, thank you for printing Mariel Garza’s column. I laughed so hard I nearly had tears drip into my coffee! All we sane folks can do is laugh at the idiocy of each new crackpot conspiracy theory launched into the right-wing echo chamber. Secondly, a letter writer referred to “unjust enrichment” as a justification for paying reparations to remedy America’s historic sins. Is it not true that a small fraction (1 percent) of people and corporations have been unjustly enriched at the expense of the 99 percent? How about some reparations for us?

Rip off the bandage

At its core, the solution to the Hillsborough County school system’s challenges is twofold: ceding personal ambition and grasping the reality that short-term pain is necessary for the healing to begin. Pull the Band-Aid off and treat the wound. The financial crisis is a math problem, a hard skill. The leadership crisis is a two-way communication problem, a soft skill. We must realize that people are going to be upset, whatever the solution. My hope is we choose the best solution, regardless of whether it garners the most votes.

I’m very disappointed to see that Gov. Ron DeSantis has extended the waiver on job search requirements until the end of May. Given the struggles that so many businesses are having finding people, this doesn’t help. If you’re going to collect unemployment you should at least have to be looking for work if you’re able. If I’m one of these struggling business owners. I’m certainly going to take that into consideration when he’s up for re-election.

In Rick Santorum’s sad, narrow view of the world, Native Americans are fortunate that white conservative Christians brought their culture to this country in the form of disease, genocide and slavery, while gay people should be allowed to exist only if they don’t openly show any signs of affection for one another. Aside from his obvious lack of education about American history and a deep-seated superiority complex, it would take a team of psychiatrists to help that man through his innate desire to humiliate himself publicly. 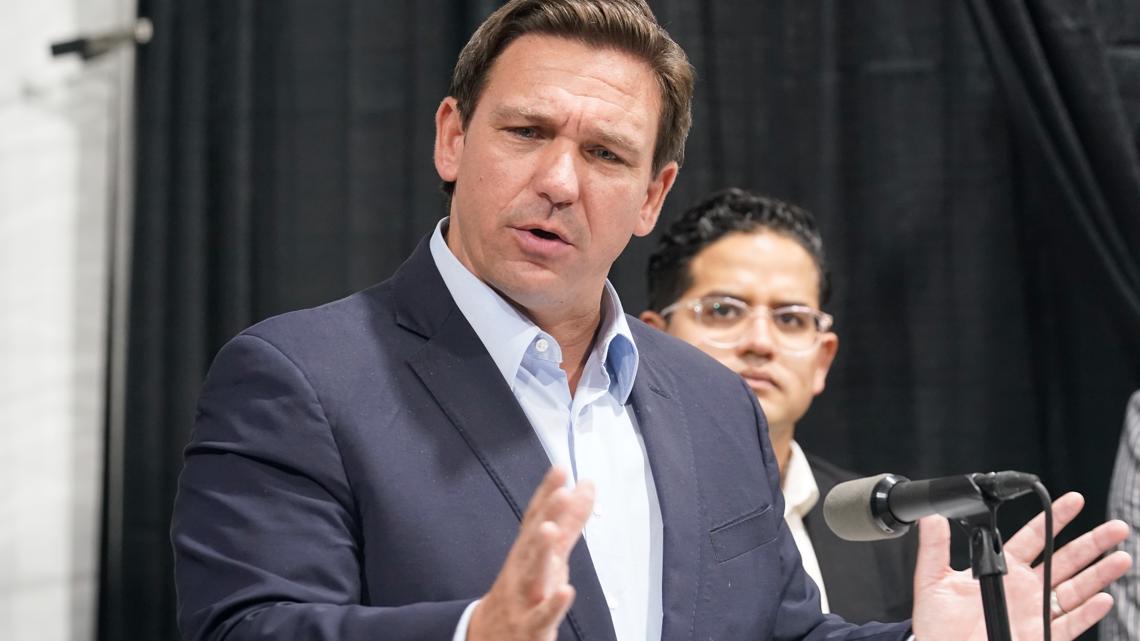