A lawyer representing Dennis Perkins, the former sheriff’s lieutenant at the center of a high-profile sexual abuse case, has asked a higher court to postpone his client’s trial that is slated to start next week, multiple media outlets are reporting.

In paperwork filed Tuesday, attorney Jarrett Ambeau asked for a postponement because he claims Perkins’ trial date will conflict with a separate death penalty case in which he is representing another defendant, both WAFB and WBRZ reported Tuesday.

Jury selection is set to begin in Perkins’ case on July 12, the same day that “State vs Dulce Funez,” a first-degree murder case where the defendant faces the death penalty, begins in the 20th Judicial District Court.

That trial is expected to last two weeks and pull between 40 and 50 witnesses, including up to 15 he’ll have to cross-examine on the stand, Ambeau wrote in previous court filings.

Last month, prosecutors argued that Ambeau only joined the defense in the Dulce case four months ago, despite representing Dennis Perkins since December 2019.

Prosecutors cited court records that showed Ambeau’s first appearance of record in the Dulce case coming March 2, 2021. They also said the trial date for the Dulce case was first confirmed during that March hearing, whereas the trial for Dennis and Cynthia Perkins had already been set in July 2020.

In a rebuttal, Ambeau later filed documents showing a timeline of his involvement with the Dulce case, with the timeline dating back to his first meeting with the public defender’s office regarding the case in July 2018. In the filings, Ambeau presented a check written to him in November 2018 “upon being hired as co-counsel.”

The two have pleaded not guilty to the charges.

The ongoing case has been subject to multiple motions and hearings in recent weeks as the anticipated trial date approaches.

In early June, Sledge denied a request to separate the trials, saying Dennis Perkins’ defense did not state how the defenses will be antagonistic and that her review of their divorce proceedings “presents no details in regards to antagonistic defenses.”

But just over two weeks later, Sledge changed course and agreed to separate trials, citing new court filings that showed “specific” evidence that Cynthia Perkins’ defense would be “antagonistic” to Dennis Perkins’ should they remain co-defendants.

Though she granted a separate trial, Sledge ruled the trial would not be pushed back, which Ambeau later called the “wrong” decision and ultimately forced him to seek postponement from a higher court.

Attorneys from the Louisiana Attorney General’s Office, which is prosecuting the case, have filed an Emergency Application for Supervisory Writs with the Louisiana First Circuit Court of Appeal “requesting review of the decision to sever.”

Prosecutors also filed an opposition to a continuance from Cynthia Perkins’ attorney James Spokes, who last week filed a motion to postpone his client’s trial should there be “a last-minute change in order.”

If Sledge’s ruling that the defendants be tried separately isn’t undone, prosecutors said they plan to have Dennis Perkins stand trial first. A potential trial date for Cynthia Perkins has not been set.

If Sledge’s ruling is reversed and the two are tried together, both Dennis and Cynthia Perkins would stand trial beginning July 12.

In court filings, Spokes said he and his client need time to review new evidence obtained by the Attorney General’s Office “that is critical to Cynthia Perkins’ defense.” An in-camera inspection of the evidence is scheduled for July 7.

Spokes also cited “numerous logistical challenges,” such as Cynthia Perkins being detained more than two hours away in Concordia Parish, not being able to see certain evidence until late June, and not meeting with a forensic psychology expert until late June.

Prosecutors disagreed, reiterating their stance that the trial has been set for nearly a year.

“In sum, Mrs. Perkins has had a substantial amount of time to prepare for trial and has been aware of the currently set trial date since July 2020,” they wrote. 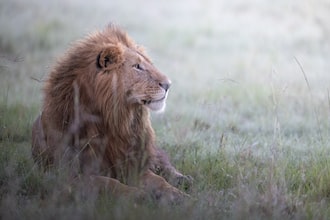