The Hartford and Mormon Church will collectively contribute more than $1 billion to a victims’ fund. However, some attorneys say the settlement amount will deprive claimants of their fair share.

One of the biggest insurers of the Boy Scouts of America has announced that it reached a tentative settlement with the youth organization and attorneys representing thousands of men who claim to have bene molested by scoutmasters, staff, and volunteers.

The agreement, says The Associated Press, will require The Hartford to pay $787 million. This amount will be used to establish a victims’ fund.

In exchange for the payment, the Boy Scotus and its local councils have agreed to release The Hartford from further liability.

The Associated Press notes that, in a separate settlement, the Church of Jesus Christ of Latter-day Saints agreed to put $250 million into the same fund.

The Mormon Church, adds The A.P., was the single largest sponsor of Boy Scout troops before it ended its partnership in early 2020.

The proposed settlements are part of an ongoing, long-running effort by the Boy Scouts to finalize their bankruptcy.

As LegalReader.com has reported before, the Boy Scouts initiated bankruptcy proceedings after being overwhelmed by a mass of sexual abuse claims.

However, the Boy Scouts’ move toward bankruptcy has been held up by the victims’ attorneys, who have demanded fair recompense before the organization begin its recovery. Lawyers are still trying to negotiate a settlement with the Scouts’ other major insurer, Century Indemnity.

In spite of The Hartford’s offer, attorneys have criticized the proposed settlements as “grossly unfair.”

“The only winners in this latest proposal are the Boy Scouts, their local councils, the Mormon Church, and The Hartford insurance company,” attorney Michael Pfau said in a statement.

“The Boy Scouts are offering abuse survivors a fraction of what their cases are worth, and the assets available to pay them,” Pfau said. “The Mormon church is reported to have roughly $100 billion in assets, but it is offering a paltry $250 million to compensate the thousands of abuse survivors who were abused in Mormon Boy Scout troops by Mormon Scout leaders.”

According to Reuters, last month, a bankruptcy judge approved the Boy Scouts’ $850 settlement with the representatives of about 70,000 abuse claimants; the deal is backed by hundreds of local Scout councils.

The two new settlements bring the total amount of money available to claimants to $1.887 billion.

While the settlement amounts have all received widespread criticism, the Boy Scouts say they remain committed to fulfilling their “social and moral responsibility to equitably compensate survivors.” 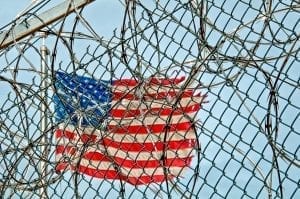