COLUMBIA — An attorney for a survivor of the 2019 boat crash that killed 19-year-old Mallory Beach wants to investigate whether law enforcement officers tried to shield Paul Murdaugh, the accused driver, from criminal liability in the case.

Attorney Joe McCulloch Jr. filed a petition July 7 in the state’s 5th Judicial Circuit alleging that several state and local law enforcement officers may have information about a conspiracy to shift the blame for the boat crash from Paul Murdaugh to his client, Connor Cook.

Beach’s death has gained renewed interest after Paul Murdaugh and his mother were shot dead in June at the family’s hunting lodge along the border of Colleton and Hampton counties.

Depositions from a civil case filed by the Beach family, included as exhibits with McCulloch’s petition, reveal significant flaws with the boat crash investigation, including missing evidence, potential conflicts of interest and missteps in the early days of the investigation.

McCulloch is asking to depose five law enforcement officers and obtain information from the officers’ personal and work cellphones to confirm and clarify facts before filing a lawsuit for civil conspiracy or other actions.

The five officers named in the petition are:

All the officers were previously deposed as part of the Beach family’s lawsuit against members of the Murdaugh family over Mallory Beach’s death on Feb. 24, 2019.

Paul Murdaugh and five friends went boating that day from an oyster roast north of Beaufort to a Murdaugh family house on the Chechessee River south of town, according to court records.

The group, which had been consuming alcohol throughout the day, stopped in downtown Beaufort at Paul’s insistence to buy shots of liquor, according to testimony from his friends.

On their way back to the family house, court papers allege Paul Murdaugh slammed the boat into a bridge connecting Parris Island to the rest of Beaufort County. All of the passengers were flung into the creek.

Beach did not come up from the water. Her body was recovered a week later.

Paul Murdaugh was charged with boating under the influence causing death and two lesser offenses in connection to Beach’s death.

He was awaiting trial in that case when he and his mother, Maggie, were gunned down June 7 at the family’s residence, which straddles the border between Colleton and Hampton counties.

The case has drawn national interest, in part because of the prominence of the Murdaugh family, which has long held power over the state’s southernmost region, but also because the agency investigating the case, State Law Enforcement Division, has released little information about what happened the night of the killings.

McCulloch and an attorney for the Beach family, Mark Tinsley, previously told The Post and Courier they wanted SLED and the state Attorney General’s Office to investigate “improprieties” related to the investigation into Mallory Beach’s death.

Depositions from the Beach family lawsuit revealed issues with how the case was handled from the very beginning.

Keener was one of the first officers to arrive at the scene of the boat crash during the early morning hours Feb. 24, 2019. He said in his deposition there were “a couple kids” standing at the base of a hill near the bridge, including Paul Murdaugh, who was soaking wet and wearing only a pair of boxers.

At the scene were Connor Cook, Keith “Anthony” Cook, Paul Murdaugh, Miley Altman and Morgan Doughty. Mallory Beach was missing in the water.

Paul Murdaugh was sobbing while talking with someone on the phone. He said they were driving really fast when they hit the bridge. Keener said Paul Murdaugh was slurring his words and appeared extremely intoxicated.

Paul Murdaugh dropped the phone on the ground near a pile of clothes, according to Keener, and someone picked it up — he does not know who.

The phone and the clothing at the scene were never recovered, according to depositions.

Despite evidence the boat’s occupants had consumed alcohol, no field sobriety tests were performed at the scene, according to the depositions. Murdaugh and Connor Cook would later refuse to perform the tests at the hospital.

Keener said he asked Connor Cook and Altman who was driving the boat, but they said they did not know. Paul Murdaugh would not answer any questions, according to Keener.

Anthony Cook was unequivocal at the scene about who was driving, however. In an expletive-laden tirade, Anthony Cook cursed out Paul Murdaugh at the scene for not letting him drive the boat, according to the deposition.

Keener said Anthony Cook was so heated they needed to separate him from Paul Murdaugh.

But in a later statement at the hospital, Anthony Cook said he was uncertain who was driving the boat at the time of the crash, according to Brock, who initially was the primary investigator in the case.

Brock would be pulled as the lead investigator on the case after he disclosed a conflict of interest — his wife worked for the Murdaugh family law firm of Peters, Murdaugh, Parker, Eltzroth, Detrick during law school.

He said he also knew the Murdaughs from being from the area. He attended parties also attended by Alex Murdaugh, Paul’s father, and had visited the Murdaugh’s river house on several occasions.

“I mean, a lot of people know the Murdaughs,” he said in his deposition. “I would depict the relationships as if you run into somebody: ‘Hey, how you doing? How is everybody?’”

Brock said his relationship to the Murdaughs did not impact how he investigated the case, however.

Brock started with DNR in 2006. In March 2020, he left the agency and became an agent for SLED’s alcohol enforcement unit.

Other officers involved in the case also had ties to the family.

Both the captain and lieutenant were also involved in the boat crash investigation, according to depositions.

The Murdaugh law firm also represented the estate of Cpl. Keener’s father after he died in a car crash. Keener, a Beaufort deputy since 2013, said he did not know the attorneys in the case; his mother handled the lawsuit. 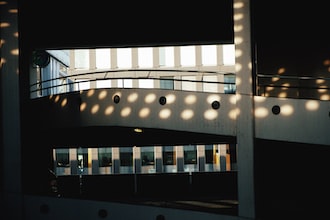