Urology Professor Mark L. Day reportedly took out the frustration of having a contract canceled on an Egyptian colleague, against whom he vowed revenge.

A recently filed lawsuit accuses a University of Michigan urology professor of exhibiting “racist, misogynistic, and xenophobic” against a foreign colleague.

The lawsuit, says The Detroit News, states that the University of Michigan did not do enough to address Layla Fakhr El-Din el-Sawy’s complaints.

According to the News, El-Sawy worked with urology professor Mark L. Day between 2012 and 2017. El-Sawy, an Egyptian national, had transferred to Ann Arbor as part of a research agreement between Professor Day, the University of Michigan, and Egyptian European Pharmaceutical Industry.

Scientists at EEPI had discovered a wild plant native to the Nile Valley in Egypt, which they believed could contain compounds useful in anti-cancer research.

The University of Michigan, then, facilitated collaborative research between the EEPI and Day.

In her lawsuit, though, El-Sawy claims that Day never took a professional approach to the project.

She claims that Day falsified the results of at least one experiment. In another incident, Day purportedly leaked confidential information about his work at an academic conference. Day’s reveal—accidental or not—prompted EEPI to inform the professor they were considering terminating his research contract.

El-Sawy’s complaint says Day escalated his misconduct after EEPI’s threat, singling her out for threat and attack.

El-Sawy says that Day regularly “demeaned and verbally attacked her,” all while subjecting her to “relentless harassment and discrimination.” El-Sawy recalls how, in one instance, she reportedly some 30 angry texts and emails from Day in less than a seven-hour period.

One of the messages, notes the Detroit News, demanded El-Sawy not challenge his authority.

Calling himself “the boss,” Day allegedly used his race and credentials to keep his Egyptian counterpart in line.

“I am a white guy in the United States,” Day wrote, “and I can do whatever the hell I want and nobody will believe you.”

“Everyone needs to understand that I am a Western man and you can’t touch me,” Day allegedly said in a different round of messages.

Alongside sending racially-charged messages, Day also threatened El-Sawy with personal ruin—he would take steps to ensure the woman could “never work in science in the US” again,” and that he’d file complaints against her with Egyptian health authorities.

MLive.com adds that El-Sawy lodged a complaint against Day in October 2017.

However, the university was slow to reply—the first step it took was suspending El-Sawy’s pay for failure to perform work duties.

During a conference in February 2018, though, University of Michigan employees in the Department of Urology agreed that Day’s actions were inappropriate and unacceptable. MLive.com notes that multiple Urology employees apologized to El-Sawy for having to endure Day’s harassment.

Not longer after the conference, Day wrote a letter of apology addressed to El-Sawy. In July 2018, he sent another apology letter to EEPI’s parent company, Pharco. 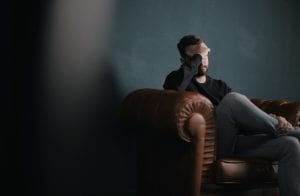