A federal judge said that the settlement terms were not fair to prisoners who may have other grievances.

A federal judge will not authorize a multi-million settlement for a class action filed by Connecticut prisoners who had been exposed to Hepatitis C.

According to The Connecticut Mirror, the settlement would have required the state Department of Corrections to begin testing and treating inmates for the disease.

However, a specific section of the agreement would have precluded the affected prisoners from suing the state for any other reason.

In his ruling, U.S. District Judge Michael P. Shea said he did not believe it would be fair to prevent inmates from seeking to address other, prior grievances.

“I don’t believe it would be a fair, adequate and reasonable settlement for all of the inmates at the DOC to release all of their claims from the beginning of the world to April 1st, 2020,” Shea said during a court hearing. “I don’t think anybody—if they understood that, would agree to it.

The Connecticut Mirror notes that state legislators on the Judiciary Committee had, apparently, overlooked the section to which Shea took objection.

Sen. Gary Winfield, a New Haven Democrat, said he and his colleagues “didn’t see or pick up” on Shea’s concerns.

“Settlement agreement or not, they’d already, prior to the Judiciary Committee weighing in, started working on this stuff anyway,” Winfield said of the Department of Corrections’ pledge to begin combating Hepatitis C in August of 2019.

The Mirror states that the lawsuit had been filed in 2018 by Robert Barfield, who claimed that the Department of Corrections had refused to prove “life-saving treatment” to inmates diagnosed with Hepatitis C. The complaint further alleges that, over a six-year period, only 152 prisoners were treated for the disease, even though thousands were likely infected.

During the Monday court hearing, one of Barfield’s attorneys—Kenneth Krayeske—told the bench that he had not intended to waive his client’s right to sue for any grievances preceding April 1, 2020.

“And, in fact, I am counsel on a number of cases that are not related to this, that I’m not intending to waive by this agreement,” he said. “I don’t want to be the lawyer who prevents people who have been in the custody of the Connecticut Department of Corrections, that have been harmed by their medical system, to waive their rights.”

However, the state’s attorneys seemed to believe their hands were tied, opining that they could not renegotiate the settlement without obtaining approval from the Legislature. That would, in all likelihood, require another congressional vote, since Connecticut state law mandates that any public settlement in excess of $2.5 million be approved by lawmakers.

“Unless you and Attorney Ward watch these people very close and promptly inform the court of failures to comply with the settlement agreement,” Shea said, “that agreement will not be worth the electrical power it takes to call it up on your computer screen.” 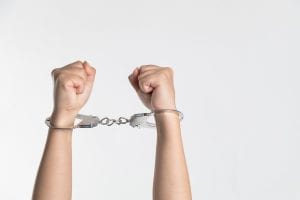