Stockholders of SolarWinds have filed a class action lawsuit against the company, its CEO, Kevin Thompson, and its CFO, Barton Kalsu, after a cyberattack on its management software impacted its supply chain.  The class contends, “SolarWinds lied and materially misled” them about how security was handled leading up to the breach of its Orion software that “has reverberated throughout the public and private sector.”  The class includes buyers who publicly traded SolarWinds securities last year from February 24 to December 15, 2020.

The complaint alleges each defendant was directly involved in the company’s day-to-day operations, “were privy to confidential information about business operations and oversight of internal controls and made false and misleading statements that violated securities law.”  Court documents indicate that Thompson and Kalsu, “because of their senior positions, knew the adverse non-public information about SolarWinds’s corporate governance and business prospects.”  The plaintiffs believe they were negligent in providing sufficient oversight, and actively misled stockholders.

“Defendant knew that the public documents and statements issued or disseminated in the name of SolarWinds were materially false and misleading; knew that such statements or documents would be issued or disseminated to the investing public; and knowingly and substantially participated in such statements or documents as primary violations of the securities laws,” attorneys for the class wrote. “Had Plaintiff and the other members of the Class been aware that the market price of SolarWinds securities had been artificially and falsely inflated by Defendants’ misleading statements and by the material adverse information which Defendants did not disclose,” the stockholders would not have made their purchases.

In a December filing to the Securities and Exchange Commission, SolarWinds said “an investigation concluded that malicious hackers – which U.S. government officials have attributed to a group with ties to the Russian government – inserted the corrupted code within Orion’s build system between March and June 2020.  The company’s stock price took an immediate tumble, and subsequent news stories about poor security trickled out in the days after at the same time SolarWinds stock fell further.”

The company disclosed, “Despite our security measures, unauthorized access to, or security breaches of, our software or systems could result in the loss, compromise or corruption of data, loss of business, severe reputational damage adversely affecting customer or investor confidence, regulatory investigations and orders, litigation, indemnity obligations, damages for contract breach, penalties for violation of applicable laws or regulations, significant costs for remediation and other liabilities.  We have incurred and expect to incur significant expenses to prevent security breaches, including deploying additional personnel and protection technologies, training employees, and engaging third-party experts and consultants.  Our errors and omissions insurance coverage covering certain security and privacy damages and claim expenses may not be sufficient to compensate for all liabilities we incur.”

The class is requesting “a trial by jury” to determine the extent of Thomspon and Kalsu’s involvement, and the plaintiffs are seeking damages from both the company and the named individuals, “reasonable” payment for their court costs, and any other further relief” allowed by the court. 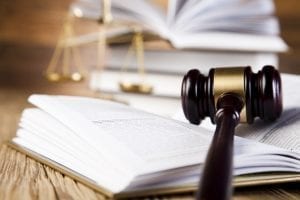